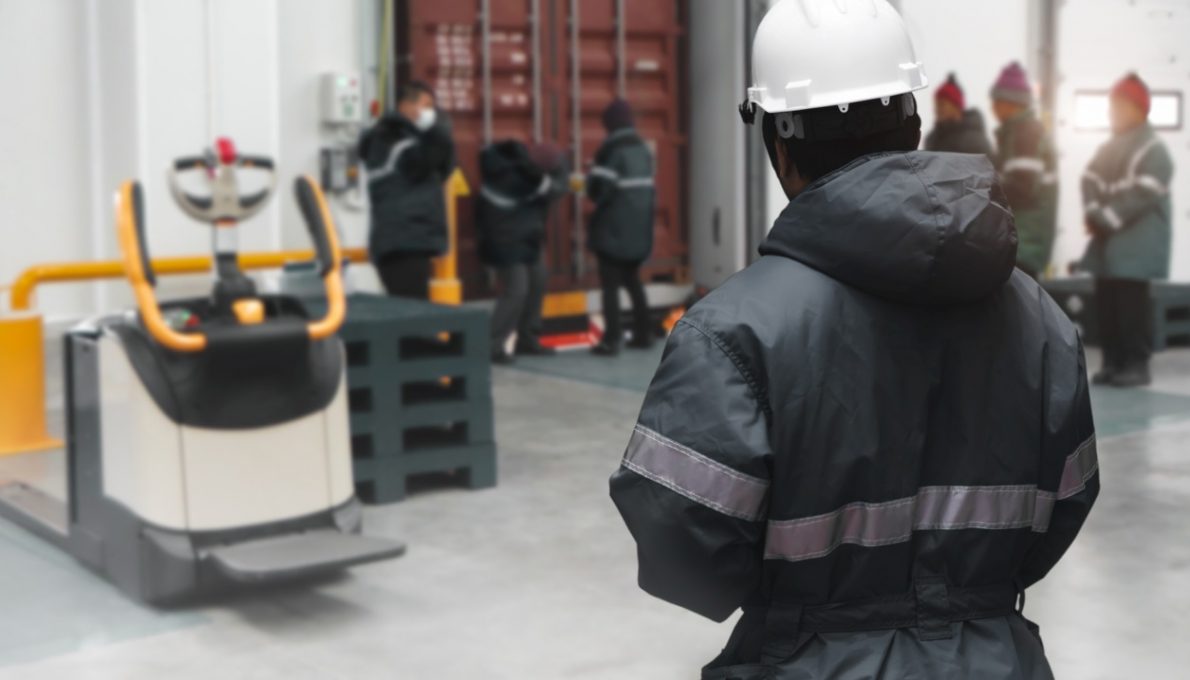 To comply with OSHA’s ETS, private sector employers with 100 or more employees must mandate the COVID-19 vaccine among their employees or require those who are unvaccinated to get tested weekly. The deadline for employees to be vaccinated or start weekly testing is January 4, 2022. However, the ETS states that employers must solidify their implementation plan by December 6, 2021.

It’s important to note that OSHA has announced a temporary pause on the enforcement of this ETS, but it’s unclear how long that pause will be and if the current deadlines will be delayed as a result. However, employers may still wish to evaluate implementation considerations and make more informed decisions about how to proceed so that they’re ready to take action—particularly since, as of now, the deadlines have not been officially moved.

6 Takeaways on the State of Vaccines in the Workplace

1. Some Employers Already Had Their Own Mandate in Place

While 54% of webinar attendees were not planning to implement a mandate prior to the Biden administration’s announcement in September, 9% were considering one, 9% had announced one for some employees, and 13% had issued a mandate for all employees.

This is fairly consistent with what we’re hearing from Castlight customers—which include some of America’s largest employers—in ongoing COVID-19 customer councils. In August 2021—prior to the federal mandate being announced—12% of our customers planned to mandate the vaccine for their entire population and more than half did not plan to require the vaccine.

Green reminded us that industry and geography have played a big role in deciding whether or not to mandate, as certain industries had larger concerns about losing talent and COVID-19 vaccine sentiments and uptake vary greatly per region.

2. The Delta Variant Put a Wrench in Return-to-Office Plans

At the beginning of the summer, most employers were solidifying their plans to bring employees back into the office. After all, vaccinations had arrived in the United States, they were showing very high efficacy rates, and most adults were eligible to receive one by May.

But then Delta became the dominant variant. Cases among the unvaccinated began to skyrocket, as did hospitalizations, and even fully vaccinated individuals began experiencing break-through cases.

3. Mandates May Be Necessary to Safely Returning to In-person Operations

While the national COVID-19 case numbers have been decreasing since late September, some states—such as Colorado, Michigan, and Minnesota—have been seeing substantial increases.

“It’s looking like pre-vaccine numbers,” says Brownstein. “If we’re trying to get back to a normal in-person workforce, vaccine mandates are key. They’re the only way we’re going to prevent another surge and potentially a new variant this winter—which, unfortunately, there’s a strong likelihood of.” (Note: This webinar was hosted prior to the news of the Omicron variant, which is still a rapidly evolving situation.)

Even prior to the federal mandate, some organizations were offering incentives (or disincentives) to encourage their people to get vaccinated. Delta Airlines employees who didn’t get the vaccine by a certain date, for example, incurred a monthly $200 insurance surcharge.

However, incentives and disincentives haven’t really moved the needle all that much in the U.S. Despite being one of the first countries to not only have the vaccine, but also to have enough doses available for its entire adult population, the U.S. isn’t even in the top 50 when it comes to vaccination rates by country.

“Incentives and disincentives work in some ways,” says Ratzan, “but nothing seems to work as well as having a requirement (also known as a mandate) to get people safely back in the workplace and interacting with customers. We have hit a brick wall in this country—nudges won’t get us across the finish line alone.” Currently, the main drivers for getting people vaccinated are risks to health—especially hospitalizations—and job loss.

Though 90% of the U.S. population lives within 10 minutes of a vaccination site, that still means tens of millions of people aren’t within striking distance of one.

Vaccine access isn’t a new problem—Brownstein and his team have been working on it for years, collaborating with the U.S. government to develop a tool called Vaccine Planner, which helps identify gaps and assign vaccination sites to fill in some of these deserts.

“For employers, as you try to understand your employee base and where they’re coming from, definitely apply the lens of access,” Brownstein says. “It may seem unclear that access is a problem given every pharmacy is offering the vaccine, but it’s actually still a major hurdle for many parts of this country.”

6. Natural Immunity Shouldn’t Be Ignored—but It’s Hard to Base Policy on It

Some wonder why those who’ve contracted COVID-19 should still have to get the vaccine, since they’re developed a natural immunity to the virus. However, while Brownstein thinks natural immunity is an important part of the conversation, “it’s very hard to implement policy around it,” he says. “People’s experience with infection is highly variable. There’s no standard immune response as a result of natural infection, and people may mount different levels of antibody response.” In other words, as of now, the vaccine is a more predictable and reliable protector.

In addition, the ETS states, “OSHA determined that workers who have been infected with COVID-19 but have not been fully vaccinated still face a grave danger from workplace exposure to SARS-CoV-2. This is an area of ongoing scientific inquiry.”

The Employer’s Role: Planning for the Federal Mandate

As organizations with more than 100 employees get ready for the federal mandate, here are some key considerations our panelists called out:

This isn’t an easy undertaking for employers—far from it. “There are a lot of variables to be dealing with at the same time, so I’ve got a lot of respect for HR teams and the other teams working with them,” Green says. “It’s a lot to navigate.” However, remember there are a lot of partners out there who can help you and your team comply with OSHA’s regulations.

To learn more about the vaccine mandates in the workplace, watch the webinar. For more information on vaccines, testing, and more, visit our COVID-19 Resource Center.