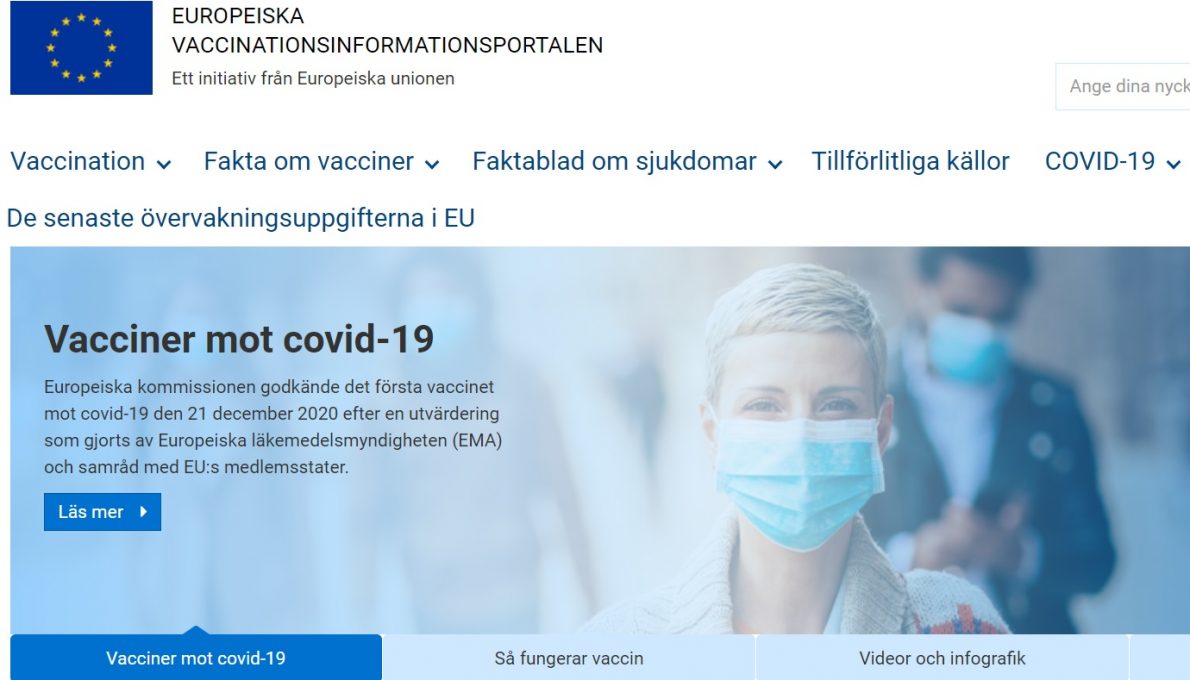 The main purpose of the European Vaccination Information Portal is to provide accurate, objective, up-to-date evidence on vaccines and vaccination in general. It also provides an overview of the mechanisms in place in the European Union (EU) to ensure that available vaccines conform to the highest standards of safety and effectiveness.

This website was developed by the European Centre for Disease Prevention and Control (ECDC), in partnership with the European Commission, specifically, its Department on Health and Food Safety (DG SANTE) and the European Medicines Agency (EMA). It is an initiative of the European Union and was developed following the Council Recommendation on Strengthened Cooperation against Vaccine Preventable Diseases adopted in December 2018.

Communication and scientific experts in these organizations are involved in developing the contents. Representatives from EU and EEA countries’ public health organizations were consulted for finalizing the website’s contents and its language versions.

Information is available in all EU languages: